Phillip Haynes, had no direct connection to Africa. But, in 2009, he was persuaded by Mark Maynard from the How Far Foundation to go on a mission trip to Rwanda, where, unexpectedly, he discovered the next step in his career.

“ When I arrived I was very surprised”
“People were begging for education. Seeing that, I resolved within myself that I could help children learn by provide educational opportunities in Rwandans by building schools. ”

It is Haynes’ hope that, by providing stable education to the children in Rwanda, he will be helping the country as a whole. “Within East Africa, there are minority groups within the broader country population that are in dire need and distress. The chance for upward mobility is nonexistent,” he says. “The local governments understand the needs but lack the resources to service these groups. My goal is to educate children and give them greater opportunities to provide for their families and lead the country.”

Unfortunately, there has been some resistance to Haynes’ plans, primarily from the older generations who question the necessity of a formal education. The school is often competing with families, he says, who feel children’s time is better devoted to labor than to education.

Despite the challenges — including a six-month building schedule that turned into two years — Crimson Academy of Gihara, Rwanda, opened in January 2011, welcoming 180 students. The English-language instruction is led by a local faculty and staff, with Haynes making frequent visits.

Since its opening, Haynes has noticed that a shift in mindset among the community has begun, with more parents now choosing education for their children. Even one of the local leaders — who, when the school was initially being built, told Haynes that he had never been to school and was fine — had a change of heart.

“When the school was completed and his child attended the school for two weeks,” Haynes says, “the same local leader returned and said, ‘I will sell everything I have to make sure he can attend the school. He is learning things I could never dream about.” 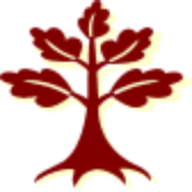